Paris, France – ah, yes the city of lights, romance, luxury, culture, fine cuisine, where the rich bare no expense and the people speak the language of love….and then there was the Weatherly’s from Virginia Beach….yep, we crashed it….because that’s how we roll….and it was awesome!!! Cue the crazy clown car, circus music, you know how it goes, like… dah, da da dah da da da, dah, dah, da, da, dah, dah…..

So, we were up and at’em at 0530, readied, and packed our provisions for the day. Mission…see as much as Paris as we could…for as little as we could. We left the house with one backpack busting out the seams, two kids and luckily returned with the same two kids, but one very, empty backpack. There is a funny little story around those provisions and that ‘not so little’ backpack.

First and foremost, let me start by saying that these little people that we have are growing by leaps and bounds every day, and their appetite isn’t too far behind. I don’t know why, but we are really starting to notice that on this trip! We are seriously starting to consider renting a donkey somewhere along the way to carry all the provisions we need. Why you ask?

We left the house with 4 very LARGE bottles of water, 4 peanut better jelly sandwiches, a bag of apples and grapes, 2 bananas, a pack of crackers, meats and cheeses, and an entire canister of Cheerios (of which I slipped, self-fact check…that I, jammed/crammed into the backpack at the last second without Cierra even knowing it). Keep in mind that we fed the kids a big breakfast before we left at around 0615, and our train pulled out of Brussels Midi at 0700. At about 0800 on the train ride between Tournai and Lille, when I looked down and realized the kids had tore through the entire canister of Cheerios like a bunch of wild savages trapped on an island that hadn’t eat for weeks, I knew we were in some serious trouble. Cierra looked back from her seat on the train, “What’s that?”. “That! I exclaimed was a half-a-box of Cheerios that your kids just devoured in less than 15 minutes.” “Oh no!” she said….”Oh yes!” I replied. And here I was complaining on the onset of our journey, just a few hours earlier and only 10 paces from our doorway about how heavy this backpack I was carrying was, and what in the heck is in this thing?!!? Apologies to my lovely wife on that.

Appppaaaarreennnntttllly, we need to start using the actual luggage backpack we have for our kids daily caloric intake, vice my work travel backpack that I can somehow manage to live out of for almost a full week trip to DC. This thing ain’t small mind you! Anyway, after the Cheerios, the backpack got real light, real fast. Before we even reached Paris, the kids had eaten two PBJ’s, the entire bag of grapes/apples and part of mommy/daddy lunch. Really, we never planned on eating the mommy/daddy snacks, we considered those as reinforcements, well the Calvary was vanished before we even stepped one foot in front of Napoleon’s Arc di Triomphe. Needless to say, the food eventually ran out, and we found replacements. All in all, we were pretty successful on our mission for the day. We conquered Paris, third time for Cierra and I, first time for the kiddos and only spent less than 40 Euros, including extra provision for the kids, a 24 hour metro pass for the fam, and a few cent soixante quatre, s’il vous plait.

Paris in a short synopsis, followed by of course stunning pictures captured by my beautiful wife below…. 1) arrived in Gare du Nord, 2) bused it to the Concorde stop on the Avenue des Champs-Elysees, 3) hiked to the Arc de Triomphe, 4) metroed it to the Eiffel Tower, 5) made friends and found 2 of the coolest parks in all of Paris right at the base of the Eiffel Tower, 6) metroed back to Concorde, 7) hiked to the Louvre, 8) hiked to Notre Dame, 9) toured Notre Dame…amazing (first time-ever…see funny side story below) and 10) metroed it back to Gare du Nord to head home for the day. After 10, count ’em 10 train rides on the day, Mylan was of course upset as we arrived at Horta (our metro stop in Brussels) and while going up the escalator sadly stated,….”Oh no, no more train rides, no more train rides, oh no”. “Yes buddy, it’s 3 hours past your bed time, you’ve depleted us of half the groceries from our fridge in one day and we are seriously considering getting a donkey, we are done for the day.”

Paris, France 2014 – Sienna got to put a check in the box for the Eiffel Tower on her bucket list before her 5th birthday and Mylan was pumped by the fact that it had not a red, but also a yellow elevator inside. We are certainly getting somewhere on this journey, where…..we don’t know…..but it’s somewhere. In the words of the great J.R.R. Tolkein, “Not all those who wander, are lost”.

3 Side Stories:
1) Notre Dame – kids finally passed out right before we turned the corner to see Notre Dame, almost made it to see “all” of Paris. I wish I had a video of Cierra and I looking at each other as we looked back and forth between the kids, each other, the line to get in, each other, the kids, the line to get in, up at Notre Dame, the kids..until finally we went for it. We decided if they woke up in line like a bunch of banshees, we would just bail, if they woke up like that inside Notre Dame, perhaps either Quassimoto would come out or we would get a special blessing from a priest. They slept, visit to Notre Dame was a success!

2) On the way back, we stopped at Lille. Interesting thing about Lille, sometimes when going from Belgium to France or France to Belgium, you have to actually walk to a completely different train station. While waiting for the train to Tournai, we ran across an ‘interesting’ group of individuals, consisting of guys dancing like robots while smoking cigarettes, a guy carrying a chicken, a gentleman with wild dogs and some guys that looked like they just stepped out of a scene from Night of the Living Dead or the Michael Jackson Thriller video. We stayed faaarrr away from that crowd and caught our train back safely to Belgium.

3) Big Red – we love you girl, but it’s time to go home. “Big Red”, if you are new to Weatherly Travels and don’t know who big red is….Big Red is that gigantic, cumbersome, literally and figuratively, big red rolling suitcase that we have a love hate relationship with. Look back through the years and you will see us (check, usually me, carrying, kicking, pushing, and pulling) or the kids using it to build a fort/spaceman/tee-pee/camp/you-name-it out of. As we look at the road a head of us and my necessity for suit attire going down, plus the disadvantages to living out of a suitcase vice our apartment here in Brussels for this month, we have decided that’s it, she’s done. We’re sending you home girl. It’s been fun, you’ve been with us on many trips, but it’s time for you to check out of here. We’re not going to drop you off on the side of the road for another weary traveler, kind of like we did with Ol’ Goldie (that little black and gold backpack we use to have) in Pisa, Italy two years ago. But we are shipping you home with tons of little t-shirts, neckties, socks, undies and other ‘stuff’ we don’t need anymore. Your day is done on this adventure girl, we’ll see you back in the states in November! 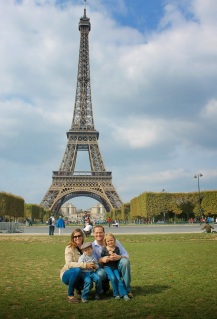 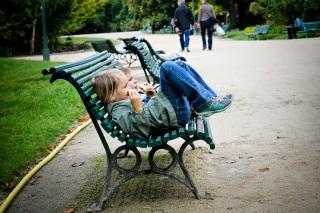 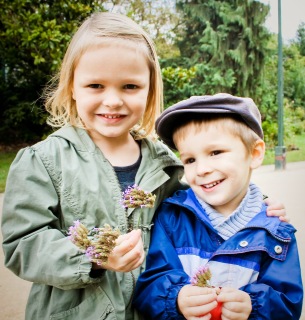 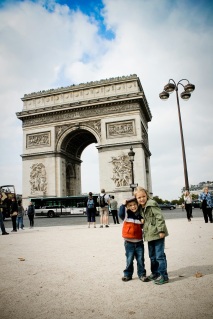 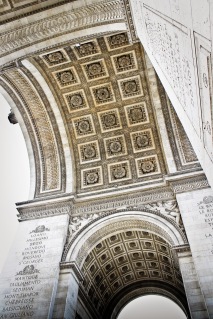 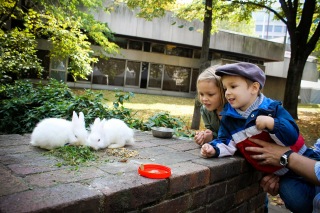 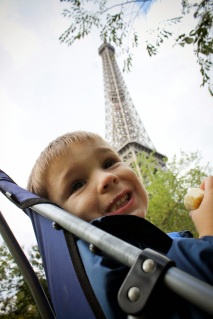 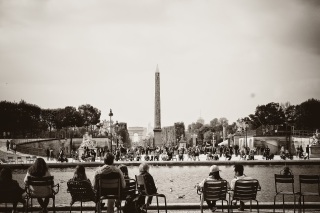 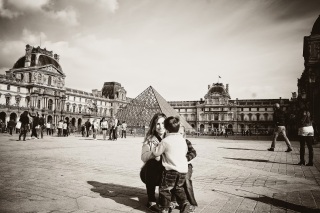 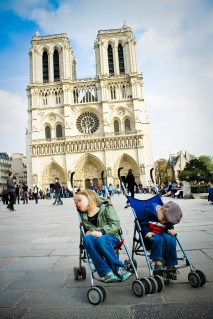 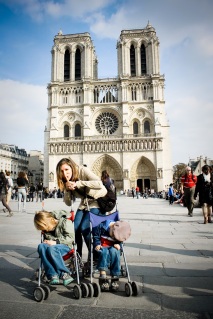