Skip to content
Well, we arrived in Trieste after taking a few hours in between the long haul to have lunch in Venice. Our trip north included stop offs in Milano and Venezia. Uh, there was no way, we were just going “through” Venice. There was definitely going to be a stop-off. And Venice was gorgeous of course! We unloaded our bags into the locker room and headed out. This time we decided to save some money and not take the vaporretto ($7 a person) and just walk around and take the bridges. We literally got lost in Venice on purpose..and it was great. We weren’t in a hurry, why should we be, and eventually found a great pizza place, inhaled some pizza and downed a liter of wine…Seriously…a whole liter. The kids were quasi crazy at this time so I walked them down an alley and found a 2 man band playing. I let the kids get some energy out and dance until the dancing turning into slam dancing and fighting. After lunch we found our way to St. Marks Square, got some gelato for the kids and then of course chased the pigeons.
Now, while the kids were having said gelato, it was time to say goodbye to yet a few more members of the Weatherly Travels family…that being the red and blue strollers. It’s been a fun ride, look back through the pics kids, those things have been all over the world….but it was time to go. After shipping off big red in Belgium and being down to two big backpacks, one small (somewhat large black backpack) and two strollers, it was still too much. Since stepping off the train in Venice and even dating back to Brussels, we were considering ditching the strollers. Thoughts in head and discussion: they are too big now…people look at us weird with our overgrown babies in strollers like what is wrong with those crazy Americans – uh, you’re not traveling all over Europe for 3 months, so back off dude…it’s one more freaking thing to carry…they don’t even really use them…but dude, they are awesome on long days and impromptu naps (remember Paris)…so on and so forth…nope, this was time and what better place than Venice, a city of where things get lost and place where we were engaged….it was time, sorry guys, you have to go. We took some parting pics with the strollers, Mike got some great footage as the band played “What a Wonderful World” in the background, arreverderci strollers, arreverderci..ciao, ciao and he rolled right into into St. Mark’s Cathederal like he owned the place, cut the line that wrapped right around the square and donated the old red and blue faithful to charity. Now, that’s donation in style. Tax right off for that donation should have extra dollar signs!
After parting with the strollers, we walked down to the gondola’s, had a rest at one of our most favorite places in the world, and checked out the Bridge of Sighs (FINALLY THE RESTORATION IS COMPLETE! – this being our 5th time to Venice, we’ve finally seen it in its entirety) and made our way back to the train station, grabbing a few Bellini bottles to go. We finally coasted into Trieste around 8 in the evening and were exhausted. Luckily, the hotel (Hotel Roma ironically enough) was very close to the train station. Mike grabbed some sushi for us and eggrolls for the kids (hmm, Sushi in Italy – who knew) and we crashed.
TIP: If you are traveling by train, Trieste is off the path a bit and will take some time to get to. So, if you are planning on going anywhere from there, be prepared for either slow trains, or connector buses. What would take you 1.5 hours to drive will now take you 4 hours.
The next morning we headed out to explore Trieste. Site seeing included a Grand Canal and a boardwalk. This week, Trieste was in season for the Barcolona – the huge sailing event and there were all kinds of kiosks set up along the way. We walked to the old Roman amphitheater and then continued on to the old castle at the top of the hill…talk about a work out! The castle was awesome and the kids really enjoyed it. They got to play with the old canons and pretend they were fighting off pirates! After the castle (only 1 Euro by the way – totally worth it) we found the BEST PLACE EVER del cibo in the old town! Seriously, the best food we have had this whole trip. Grilled veggies in a marinade (eggplant, potatoes, onions, mushrooms, and tomatoes) and then gnocchi with cooked sausage, eggplant, olives, tomatoes, etc. in a parmesan and olive oil dressing.
After lunch we explored the Grand Canal and checked out the markets. The kids had fun riding the carousel at the end of the canal (they pretended to-it wasn’t working – and we saved some money – everybody wins). We also got to experience the lovely pit toilets for the public restrooms all throughout Trieste…ewww! Sienna and Mylan were scared they would fall into the ground. I was grossed out but you have to do what you have to do. Mike and I opted for sushi round 2 for dinner back at the hotel. We all crashed and headed for the hills the next day…now only to figure out which hills those would be. 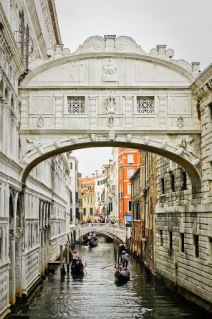 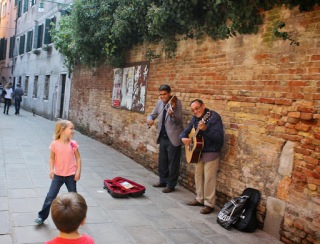 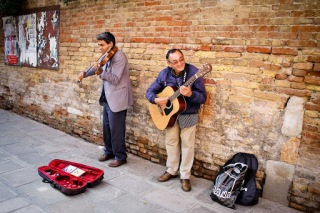 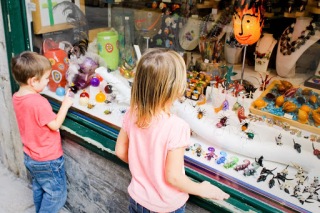 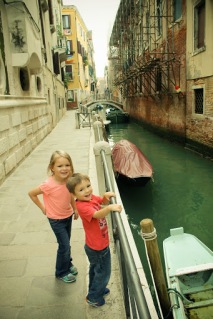 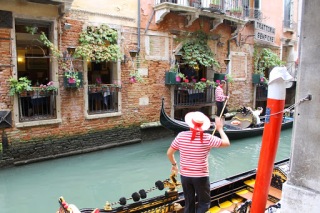 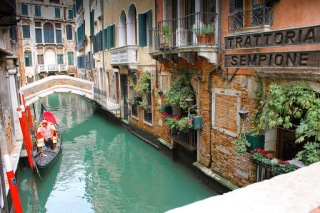 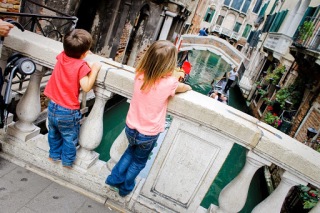 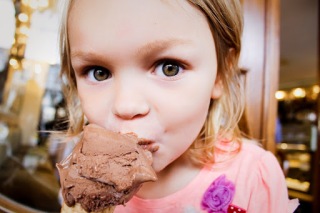 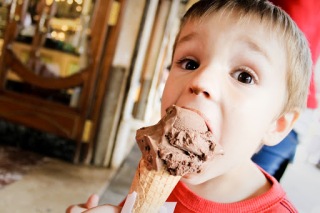 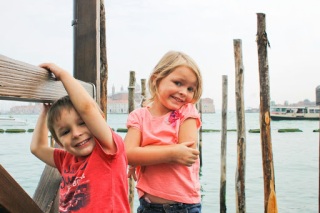 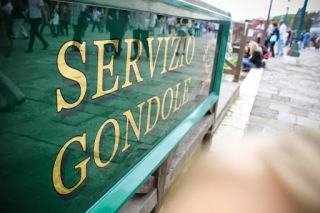 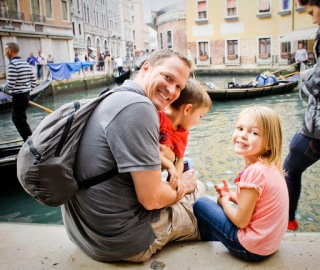 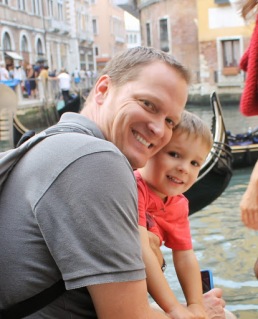