We arrived in Munich that morning from Venice via the night train. It is a great way to cover a long distance without sacrificing a day of sightseeing. TIP: Bring dry shampoo-there are not showers on the train.  We got our rental car: ALL HAIL HERTZ!!! and were off to Neuschwanstein Castle in Germany. This was Mad King Ludwigs castle and also the one that the Disney castle was replicated after.  GORGEOUS!  We drove to the castle and it was mostly a cloudy day. All of a sudden the clouds opened up and BAM! There were the Alps! Then BAM again-there was the castle. The region had already had a recent snow. I am guessing was from the same storm that moved through Europe and hit us in Cinque Terre and Venice. We had a quick lunch and then decided to hike up to the top of the mountain where the castle was. Nona was a trooper! We dodged horse pooh along the path on the way up from the base from the horse and carriage rides.  We made it to the top and signed up for our tour. The tour was great and after we walked to the suspended bridge over the gorge that looks onto the castle. It was amazing and this time there wasn’t any scaffolding. As we were up there we got ambushed by a mob of crazed tourist with cameras glued to their faces. They literally walked over Sienna and she started to cry and get scared. The Nona was also freaked out because the bridge was moving with the masses that stampeded on to it. We quickly got off and headed back to our car. Before we knew it we were on our way to Rothenburg. We pulled into the town and found a great hotel right outside the city gate.  We could walk into town from there and it was reasonably priced.  We unloaded and had dinner in the square. The Christmas shops were closed that night but we did see the Night Watchman. We told him we would be back for the tour the following evening. We watched the square clock strike 8pm and the two window opened and the mayor and the other figure came out, drank their beer, and then retreated after the 8th BONG.  Oh how I love thee, Rothenburg. 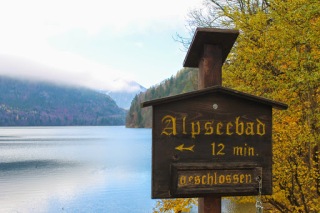 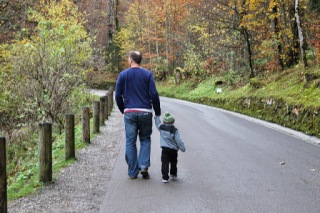 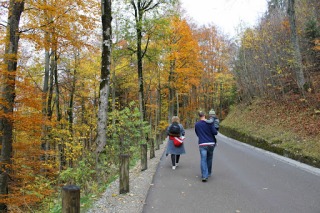 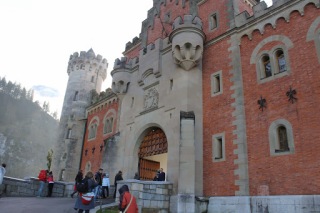 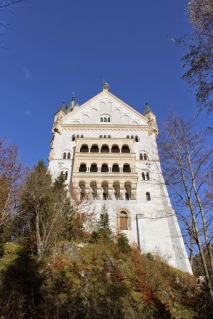 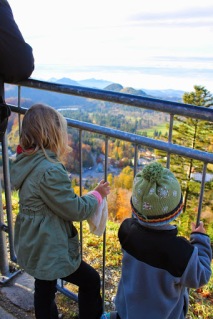 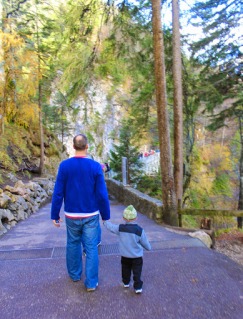 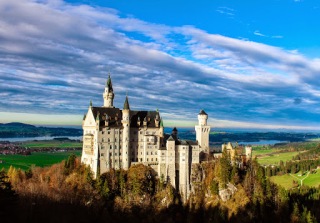 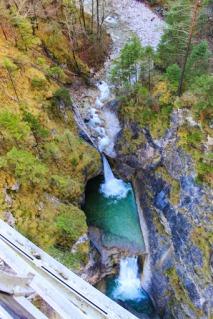 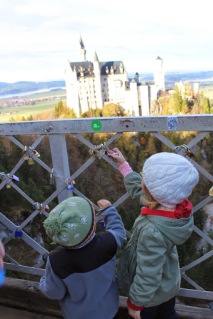 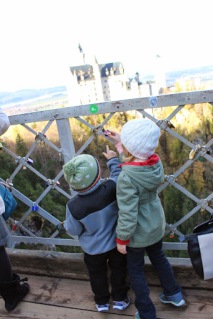 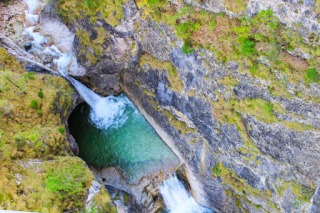 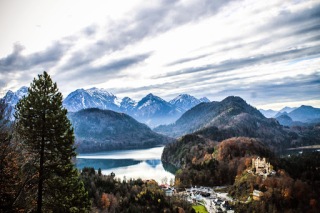 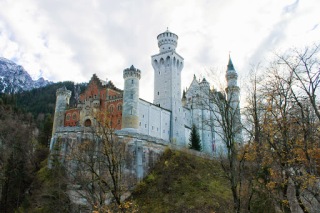 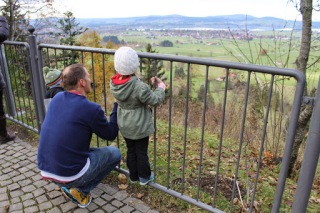