After a short stint to Nova Scotia (adults only) in the Fall we were memorized by the people, music, and breathtaking landscaping and fascinated to find out that the greatest population of Scots outside Scotland is in Nova Scotia. Inspired for a long awaited trip to Scotland, which had almost happened on a few occasions, interrupted by a trip to the Caribbean and a second trip to Ireland, it was time to take the plunge.
For Nona’s 60th birthday, we treated her with a trip to Europe. Well, it was Gammy’s turn. We were all about Scotland and so was Gammy for her 60th! She was just as excited to explore new lands as the Weatherly Travels crew. Somehow we managed to plan in advance this time (around an upcoming work trip)….to Maui, Hawaii (coming soon on the blog – check back in a few weeks) by a whole few months.
Although we were headed to Scotland, plane tickets to London out of DC were way more economical so we opted for a road trip to catch a flight of prospertous proportions on both ends. It also gave us a chance to revisit London, a flyby on the previous trip, an opportunity to see Stonehenge and take in the England countryside. The ride to DC was eventful with massive traffic on Easter weekend Friday evening after work, but check-in and the plane ride were smooth as could be. The kids watched a movie (Mylan pumped they had the new Star Wars and Sienna a few cartoon favorites). Daddy did caught up on work and Mommy and Gammy snoozed. Eventually we all passed out and woke up to a landing at London Heathrow Airport at 0630.
The rental car experience at the airport was a little bit of a Goldilocks episode, and after finding a car just right for all involved parties we headed into the heart of London to find our hotel.
Note: When driving in London – don’t do it!!! They charge a consumption tax and unless you are properly licensed you can be fined..just our luck it was a holiday weekend so the tax was on hold until Tuesday. Finding our hotel and a room not quite ready for check-in we found a local and newly opened restaurant, Café Le Shiren in the Marble Arch area off of George Street – highly recommended! We had gigantic omelets served on pastries and coffees and the kids split a chocolate waffle and had a towering hot chocolate each, amazing!
Wasting no time, we left our stuff in the car and headed out towards downtown London. We started on foot, checked out the Marble Arch and then by taxi made our way into the heart of the city for the super tourist sites. We caught Big Ben at 12 o’clock sharp, saw the London Eye, the Tower of London, London Bridge, the Museum of History (from the outside), Buckingham Palace, Westminster Abbey and the changing of the Guard….all in just a few short hours…Weatherly Style!
Heading back to our hotel, we threw our stuff in the room bound and bound and determined to stay awake headed to a local English Pub – the Duke of Kendal – again highly recommended. Fish and chips, some hearty stew, a few pints of Milk, Guinness and glasses of wine, we were all ready for bed.
Heading back to our hotel once again, we bathed the kiddos, tucked them (and Gammy) into bed, and even had the chance for one nightcap downstairs before retiring for the night. As we were about to call it quits for the evening, we met Eduardo, the bartender from Chile, age 32, countries explored – 72! Talk about inspiration! We’re working on it buddy, thanks for the worldly tips and good luck on getting to your goal of 100 soon!

London in a day! Tomorrow, we conquer Stonehenge and head north towards Scotland. Where will we stop – no idea – no plans for now! 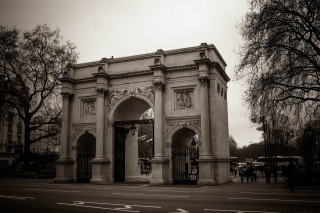 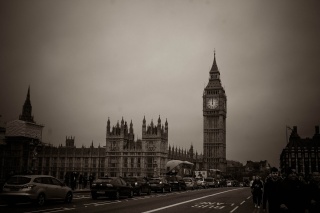 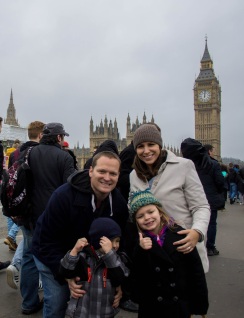 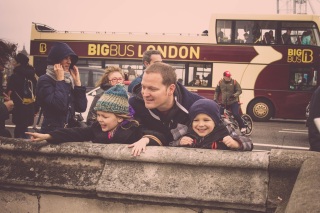