Skip to content
Kids were super excited to get a start to this day. Nona and Gradaddy Z gave them $20 each to spend on the trip and today was the day. We headed into the town of Beauly to make a purchase…Mylan 1) Flying Helicopter, 2) Parachute Guy and 3) Stuffed Kitty Cat; Sienna 1) Crazy Marble Game and Stuffed Kitty Cat. These would be the first of two stuffed animals added to the kids treasure trove today. After a walk through Beauly, we headed into the valley and over to Castle Urquhart on Loch Ness.
This was an all day adventure as we searched for Nessy and climbed the castle walls pretending to be Highlanders and Soldiers from years gone by. Myaln was interested in how the castle ‘got boomed up’ and Sienna was not leaving until we had a glimpse of Nessy. She actually got a pic on her camera and it is pretty interesting, there might be a tail there….coincidence that a ‘creature’ was spotted in the River Thames a few days later in London…we think not! The tour ended with us trying on helmets, firing cannonballs, shooting the trebuchet, whiskey tasting and hitting up a local pub for a late linner (lunch/dinner), Weatherly tradition when traveling at times.
The day ended with a quick tour back through Beauly and a supermarket shopping spree for Gammy. This experience was had by me (Michael) and was one to never forget. Our American style food bonanza was overflowing the Euro sized shopping basket. I told Gammy we had enough food for a week and only a few more days to preserve it, but she kept pilling it in. When we got to the counter, the lady yelled to the guy in the back in a heavy Scottish Accent, “Grab the American bags!” I couldn’t help but laugh and think back to my first encounter at the Brussels, Belgian grocery store almost 2 years ago. I am getting better and use to the Euro way of grocery shopping….Gammy…well let’s just say by the look of her purchase and freezer(s) back home, she has a long way to go. 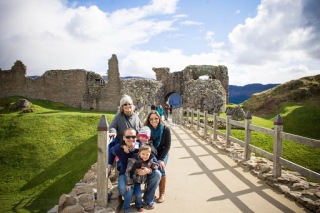 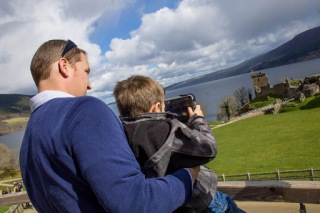 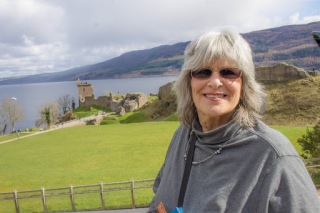 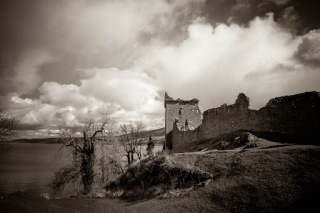 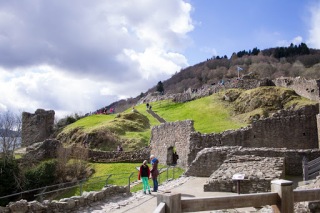 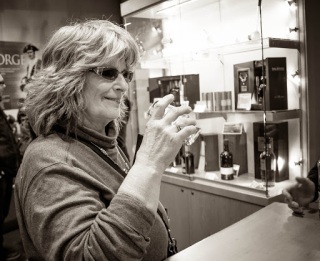 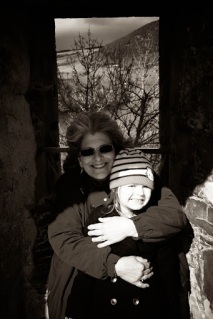 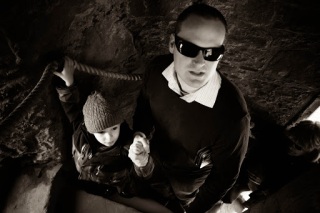 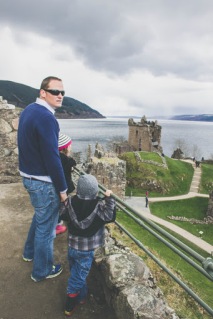 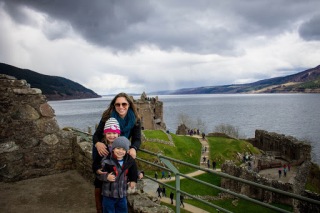 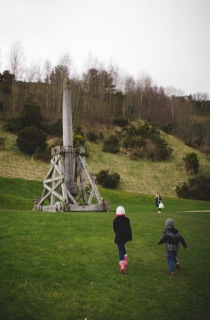 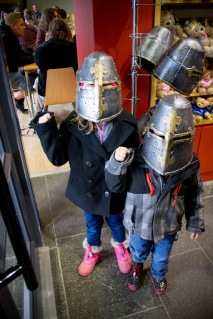 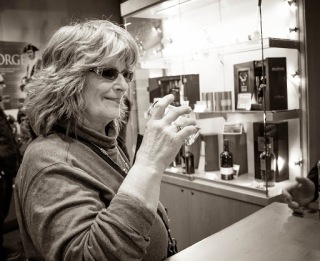 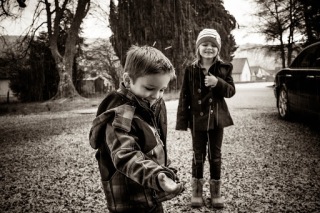 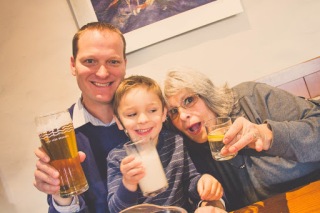