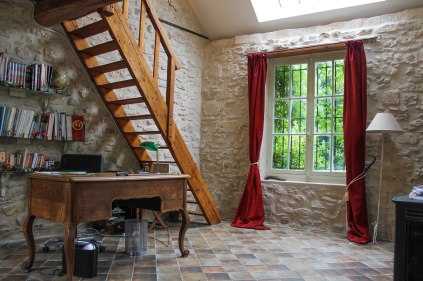 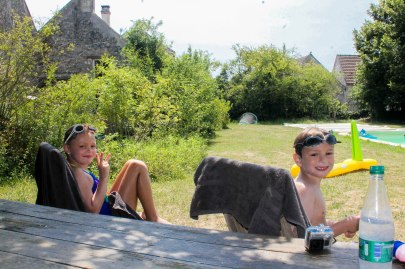 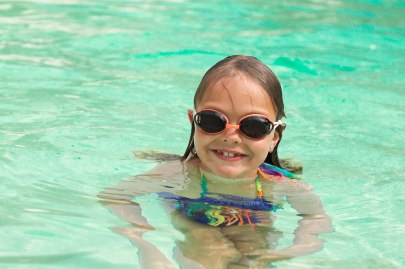 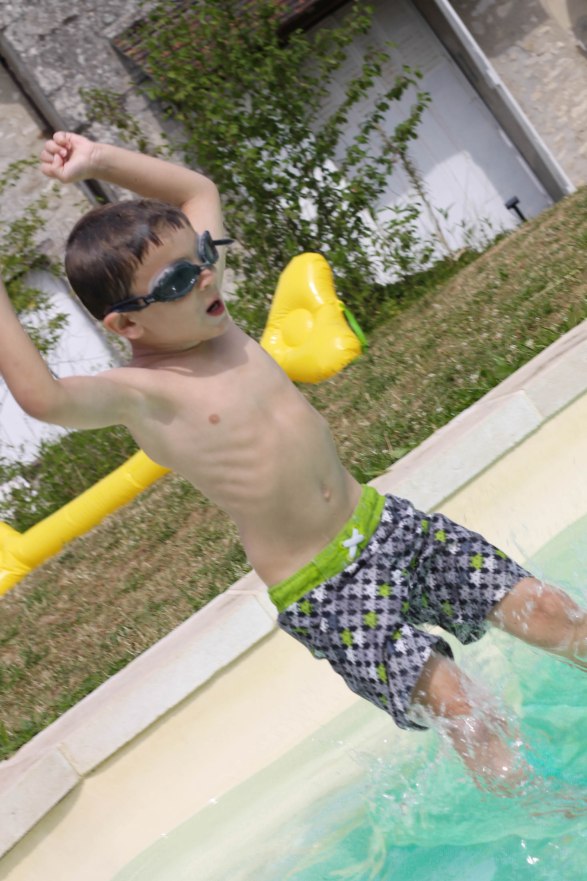 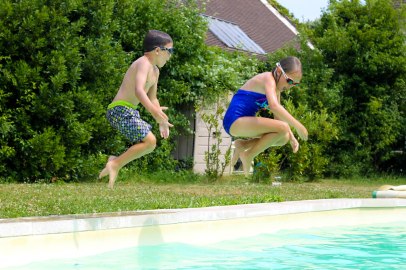 Dad’s version of the day: Finally, a morning without a commute to downtown Paris, I headed out to my final day at the Paris Air Show. This week has been fun, productive and exhausting all at the same time. A day filled with more networking, meetings and an encore walk through the flight line, I headed back to the house to leave some daylight still intact. Daylight in Paris however apparently last until 1030 at night in the summer, who knew?!?!?!?

After a quick change and kid prep, we headed to a local city (downtown Senlis), which was amazing!!! So cute, so quaint! We found an old fort still intact to include Roman walls, a church that can be seen from at least 20 KM’s (we tested it) and a cute little town to walk which includes shops and restaurants. After a jaunt through the streets and a few quick snaps with the camera we dashed back to the house to capitalize on a few laps in the pool and another grandiose dinner poolside overlooking the sunset (which would take at least another 5 hours!!!!)

Mom’s version of the day: This place has absolutely been a dream for our family. THANKS AIRBNB!!! We have totally scored with this home.  I loved the rustic décor, antiques, exposed wood beams, high ceilings, loft style bedrooms, stone walls, fireplaces, secret gardens and the property itself.  There was always something for us to do, even if it was just to sit in the shade of the pine tree in the back and relax.  The kids have enjoyed long, LONG, long summer days playing outside, swimming, collecting bugs, swimming, exploring, and did I mention swimming? When I say long summer days I literally mean it. To our surprise we realized the sun did not set until around 10pm in the evening. Although this was wonderful it also made it hard for the kids to go to sleep.  If we can make this happen again I would say we would come back in a heart beat.

This day was an adventure all of its own with a morning nature walk that turned into a scavenger hunt with the short people.  We ventured out of our tiny village and made a list of things to see along the way. For the first time in a few days the weather was nice and cool, reminding us of fall. THANK GOD because it has been over 90 degrees since we arrived and almost unbearable. After our nature hike we decided to explore the medieval town of Senlis which is not too far away.  Mike was able to wrap up with work early and we drove in to town and explored the beautiful old church, let the kids run wild in the old ruins of the town, and then headed back for them to get some swim time in. Since the sun does not set until about 10pm, we had plenty of time to accomplish everything AND it eventually warmed back up to the 80’s around 3pm.